Abstract
The smartphone is the top medium for playing motion pictures. It has become a fixture in the users’ daily work and personal life which leads, among other things, to the increasing consumption of films in upright rather then horizontal format. The vertical film is established.
May it be theater, television or cinema — every leading device of it’s time to play films had made the filmmakers face new challenges.
They implied an ongoing adaption to different aspects of film-designing so these can work as a perfect production in the demanded picture format of the device they are shown. Today this process of change shows mainly in the advertising industry where huge masses of films are being played daily on video channels and social media like YouTube, Facebook, Snapchat or Instagram. It is therefore essential to begin considering the fact that in the near future films might be directed and produced in a vertical framing. In that context it is to be examined in which extend narrative and staged tools are used to create a coherent story with the creation of vertical films.​​​​​​​​​​​​​​ 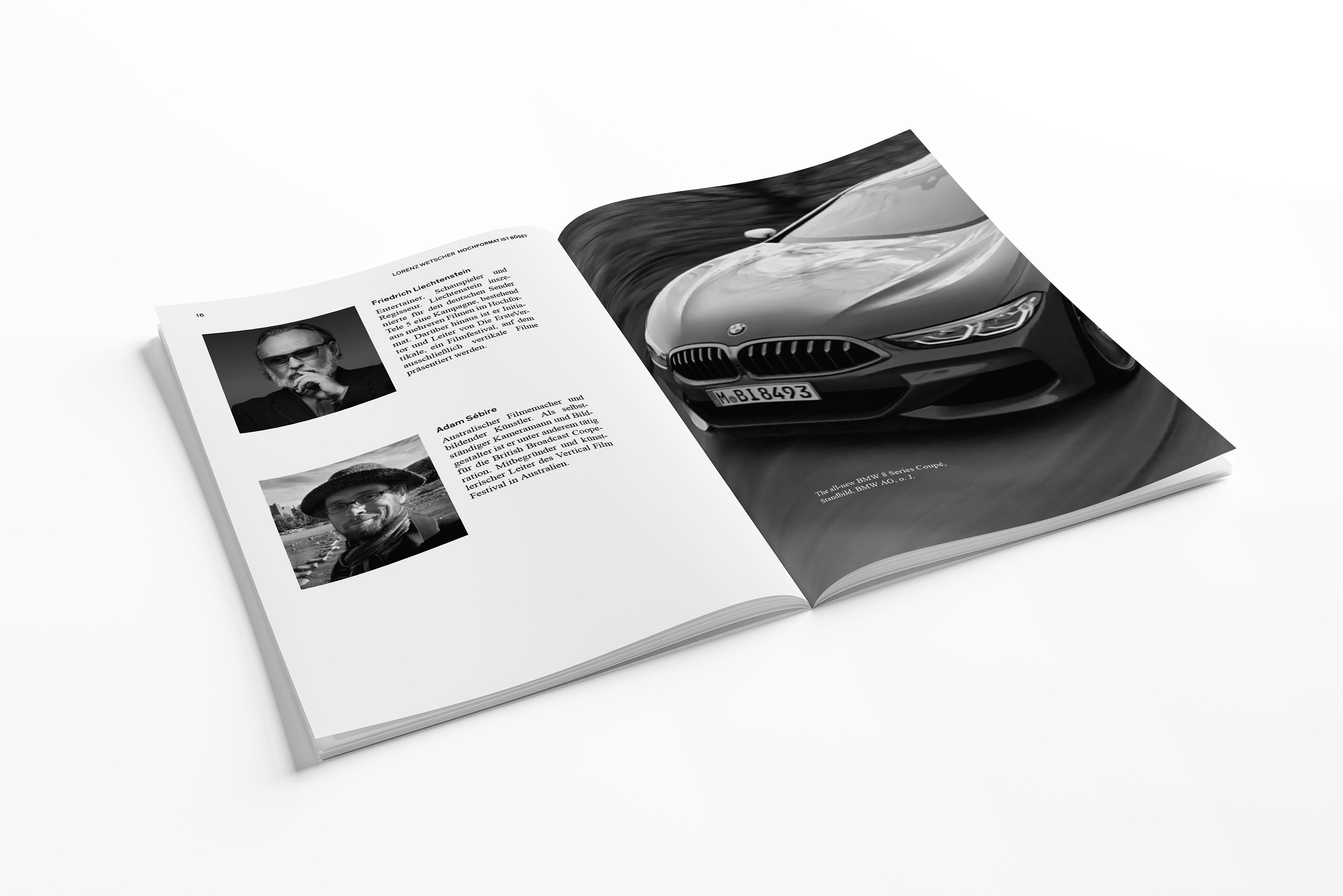 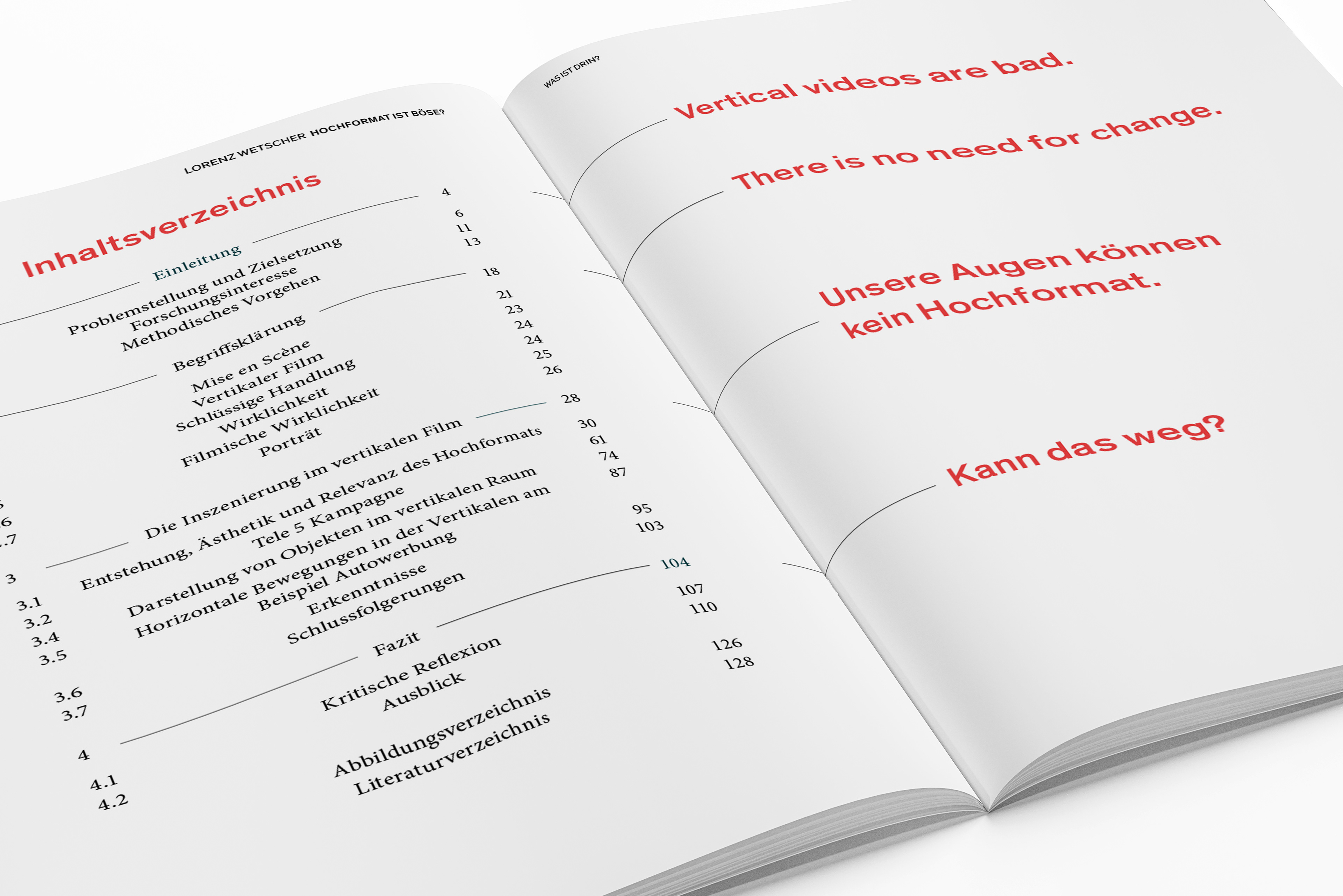 The Experts
Four professionals from different fields in filmmaking (independent & commercial) provided their expertise and advise on the topic of vertical filmmaking and helped me bringing this thesis forward.

A Special Thanks Goes Out To
Prof. Till Fuhrmeister, Marius Schebella, MultiMediaArt Film, Alex Roidl and Julian Leupold for the cover idea.
Feel free to ask for a digital copy.

Moovel - My Way
Kampagne
↑Back to Top